America’s deadliest wildfire in Paradise, California has left a fatal trail of destruction and heartbreak not just human losses, but in wildlife and household pets too. Animal lovers across California have banded together in efforts to save thousands of animals who threatened by wildfires raging across the state. 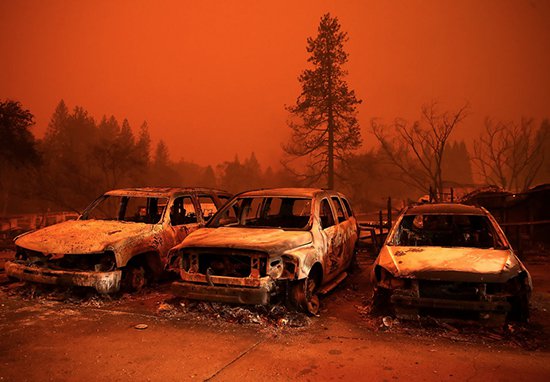 And in this wildfire deemed to be the most destructive in California’s history, there are some people have found a life-long friend especially from non-humans. That is the story of Ryan Coleman, a firefighter who gained an unexpected new friend while fighting the raging fires in Paradise, California on November last year. 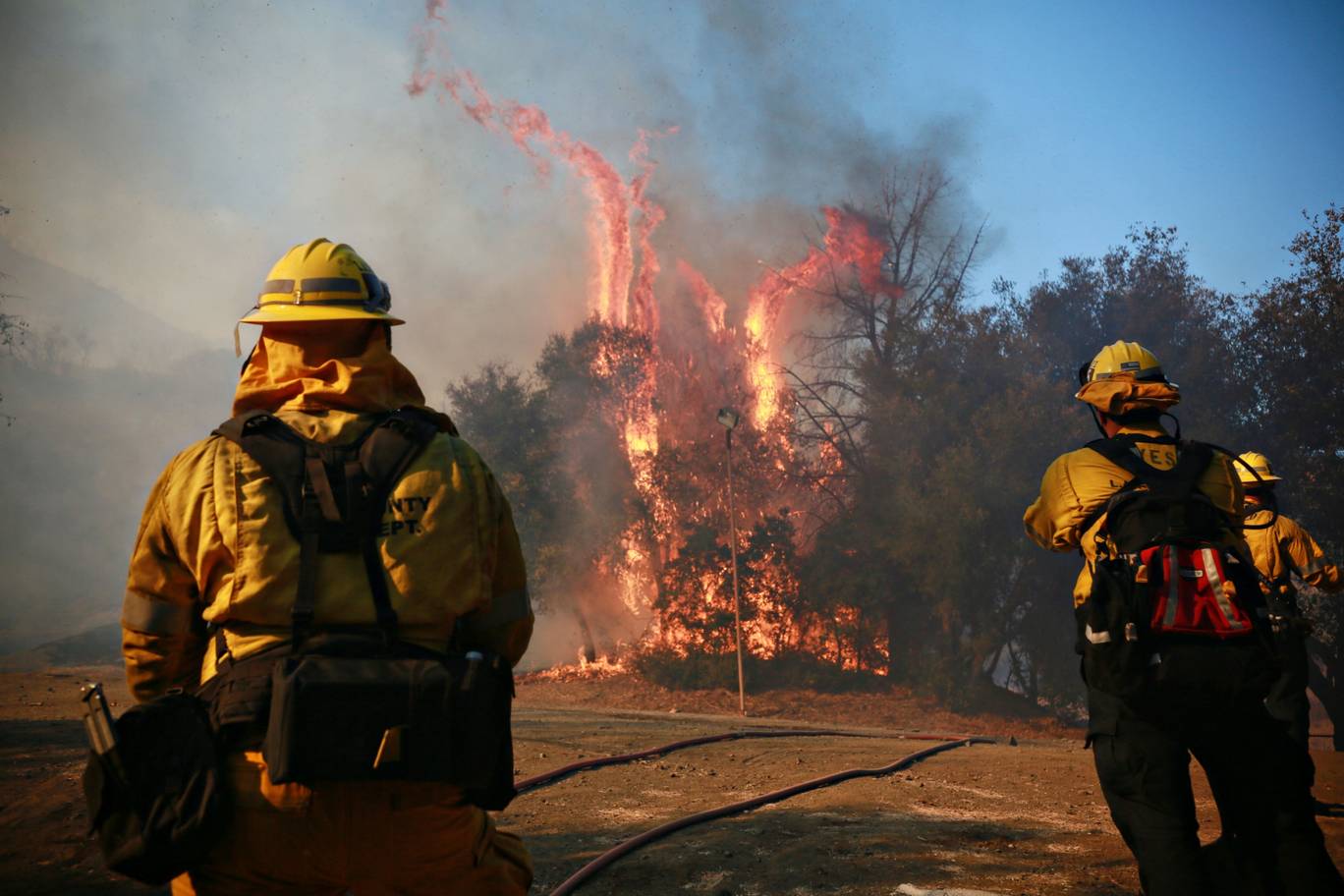 As Ryan was searching through what was left of the town, a beautiful fluffy grey cat came tromping out to him. Coleman was probably the first person this poor cat had seen since the terrifying fire began. That is why the cat ran right up to him because the cat knew that Ryan would keep her safe. 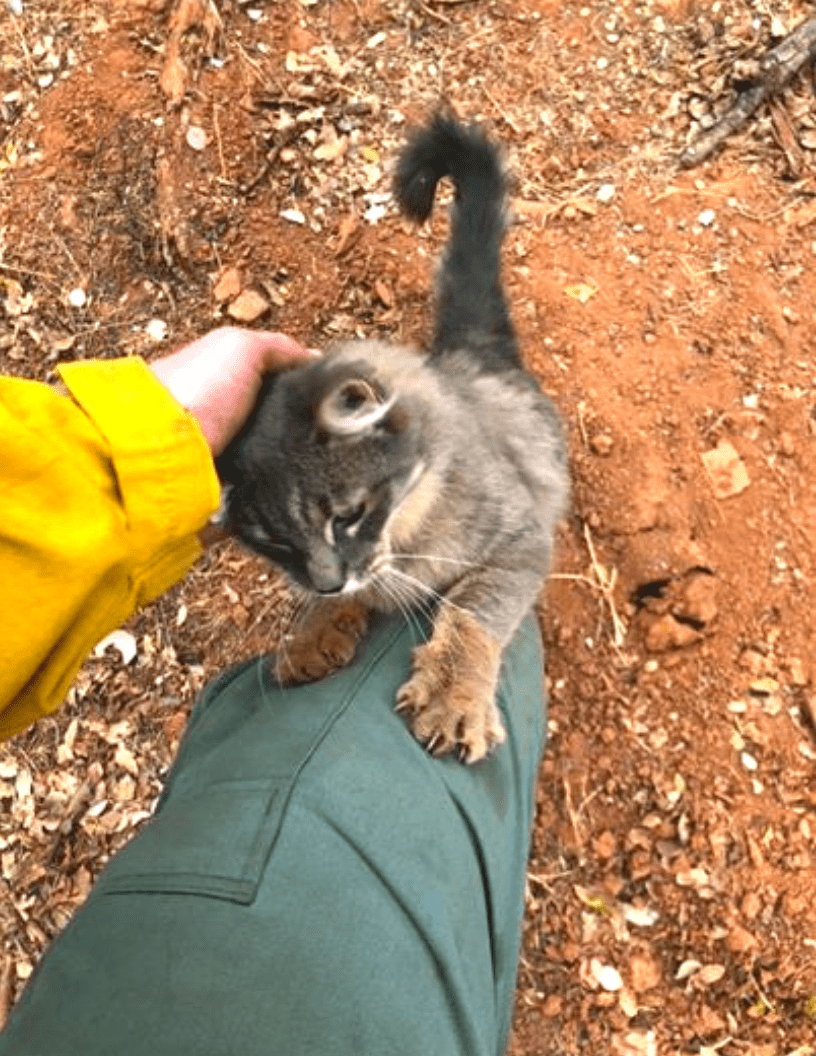 Thankfully, the cat survived the terrifying fire and was not influenced by the heat of Camp Fire like so many other poor animals. The big cat seemed eager to greet Ryan so he was quick to pull out his phone and captured an adorable picture. 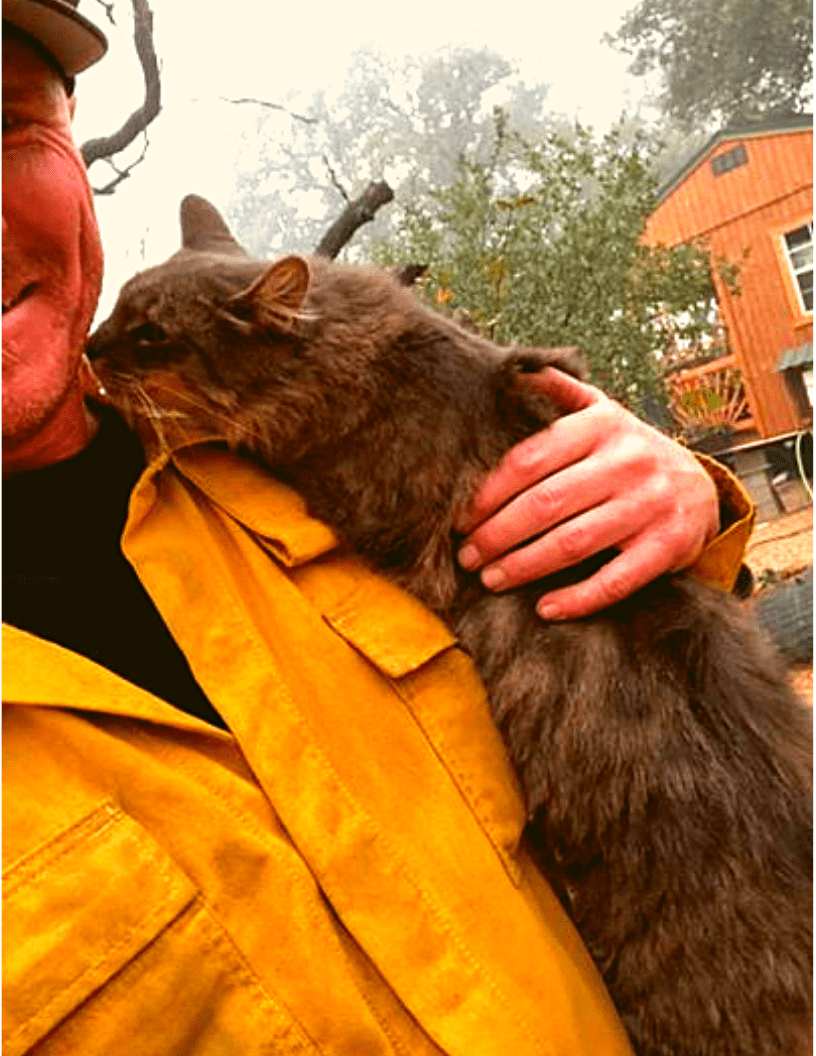 The cat became instant friends with Ryan and didn’t let Ryan go anywhere without him. The cat loves to ride on the firefighter’s strong shoulders, where he could press her head against his face and rubbing back and forth over his stubbly beard. 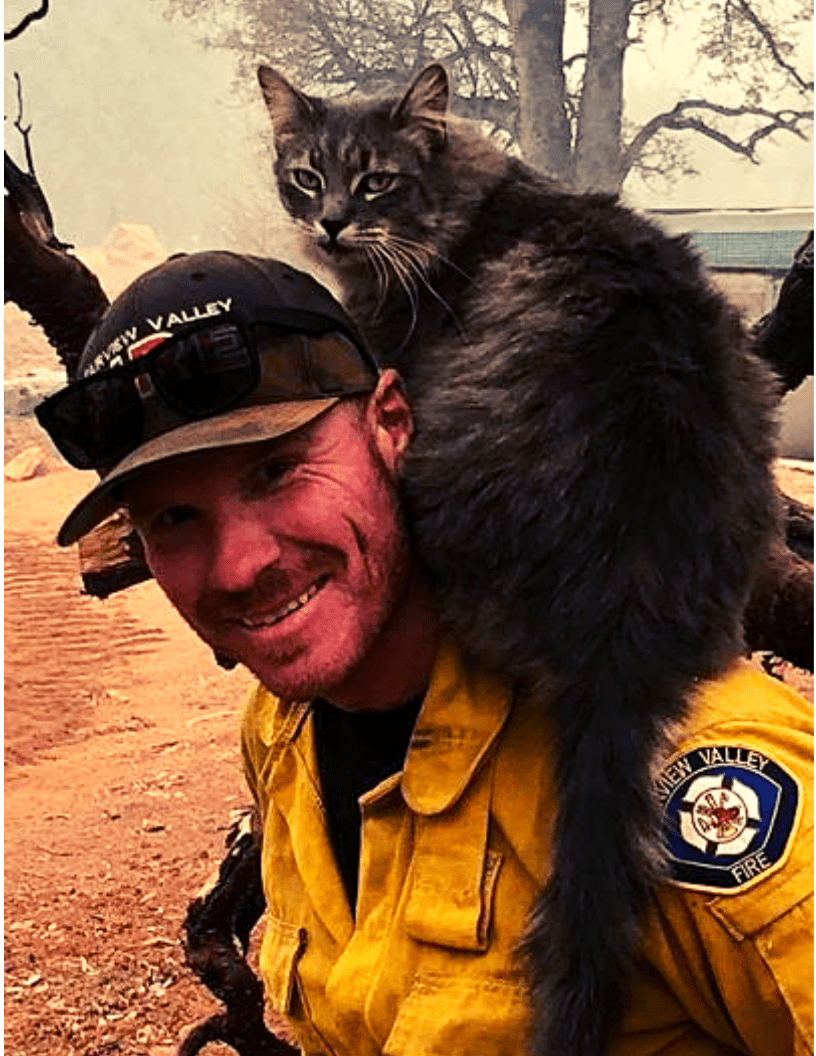 In the video below you can see the adorable cat doing everything she can to show her love and thank her rescuer. We are happy to see the heroes like this firefighter get the love and gratitude they deserve.