It is sad and heart breaking when you find out your pet is sick or loses its body part or suffers from bad disease. Years before, Charlie’s life took a tragic turn when he had both of his eyes removed as a result of glaucoma. At first, Charlie seemed to cope well with the dramatic change from day to day. His owners, Chelsea Stipe and her husband felt that Charlie would find benefit from having a companion to keep him company and help him out in hour of need. They brought an adorable puppy named Maverick for Charlie. This cutie canine proves to be a good friend.

“Charlie has definitely been more playful and puppy-like since Maverick came around,” Chelsea told. The couple bought some toys for them so that they play together and be close soon.

“We’d buy him toys and he wouldn’t think about playing with them. Now, they’re just constantly playing with each other.” Both dogs had differences but together they seemed same due to their strong bond. Maverick was never parted with his poor friend who needed his company.

“He knows Charlie is different,” Chelsea said. “He’ll put toys in front of him. He’s very aware, when Charlie starts to move, to be on the lookout for him. When they walk together, Maverick helps keep Charlie in line.”

As time passed by, the old dog slowly began to change, he looked gloomy and less energetic than he used to be. 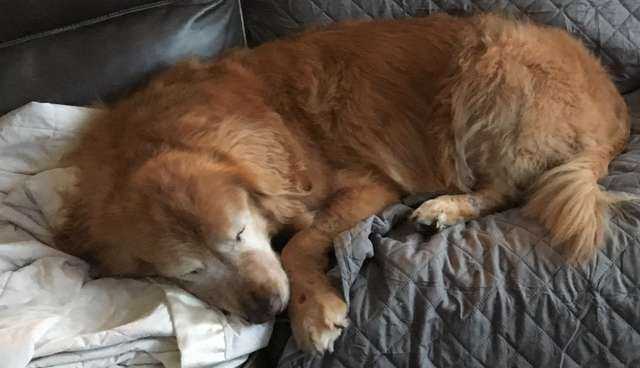 When Maverick came into their house and started to bond with Charlie, Charlie seemed to get better day by day. 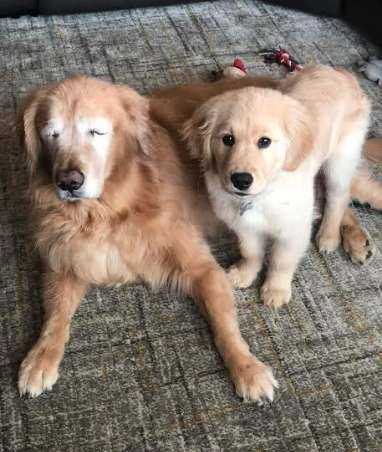 The energetic and playful Maverick helped Charlie to gain confidence and inspired him to find joy in everything he did. 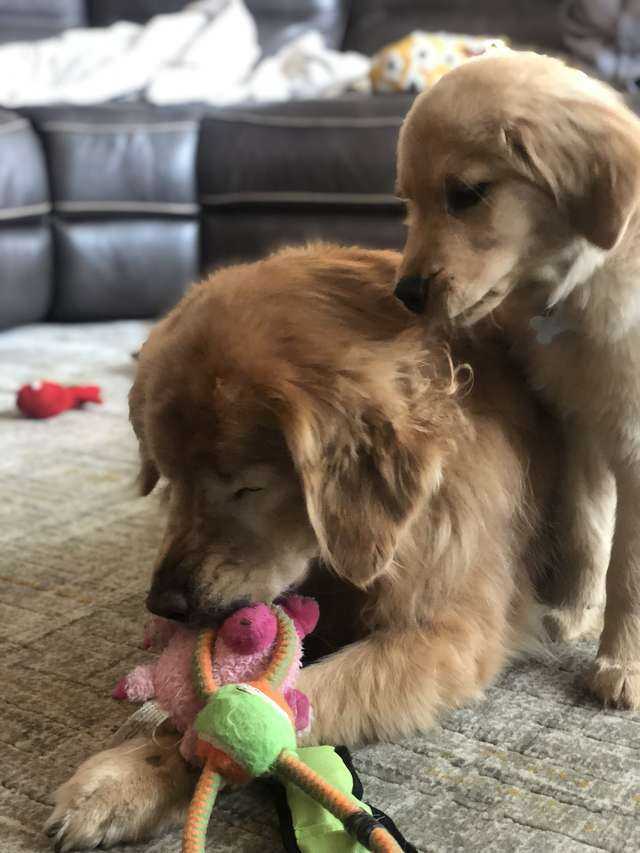 Not only Maverick brought charm to Charlie’s life again but the puppy also helped him to adapt to his limitation. 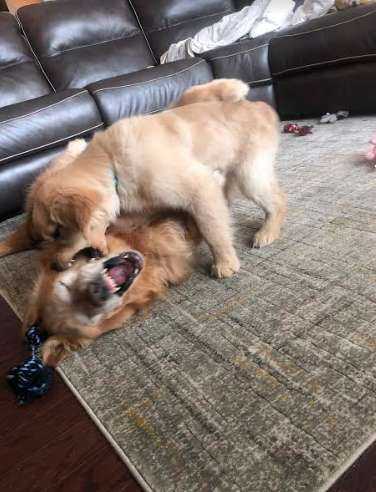 Even though the puppy was only a few months old, he would keep a check on Charlie when he wanted to move or walk. 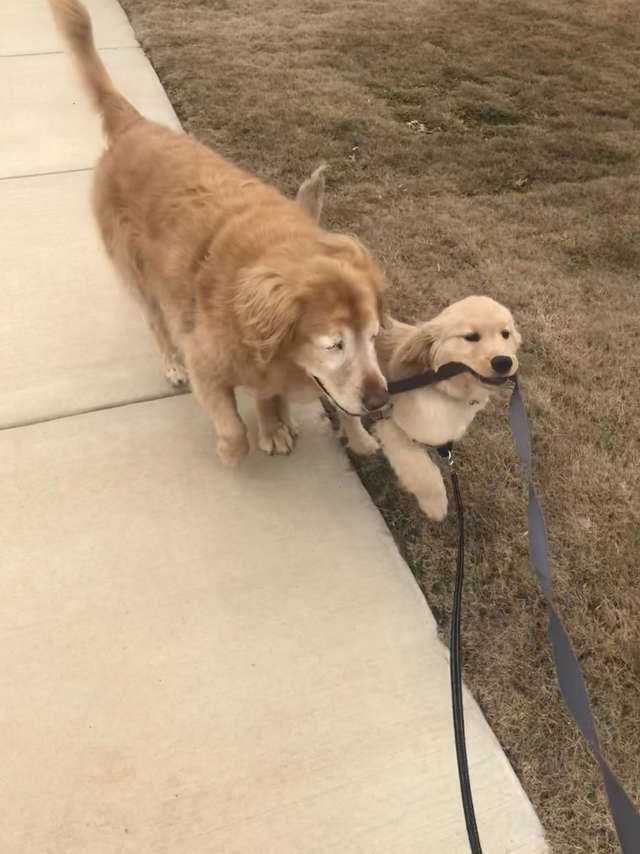 Maverick knew that Charlie was deprived of seeing, he was always there for him to assure that he was not alone. 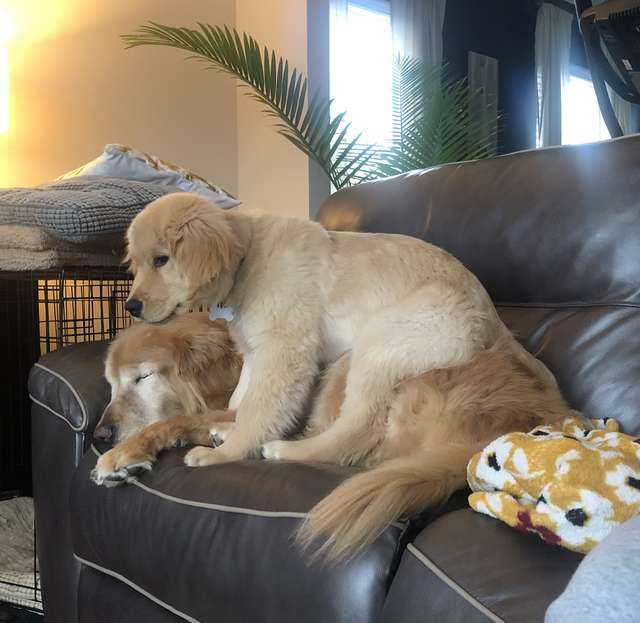 Charlie and Maverick may have a lot of differences in age and habits, but the two creates a strong friendship that surprised us. ”It’s amazing. They’re just such a great combo,” Chelsea said. 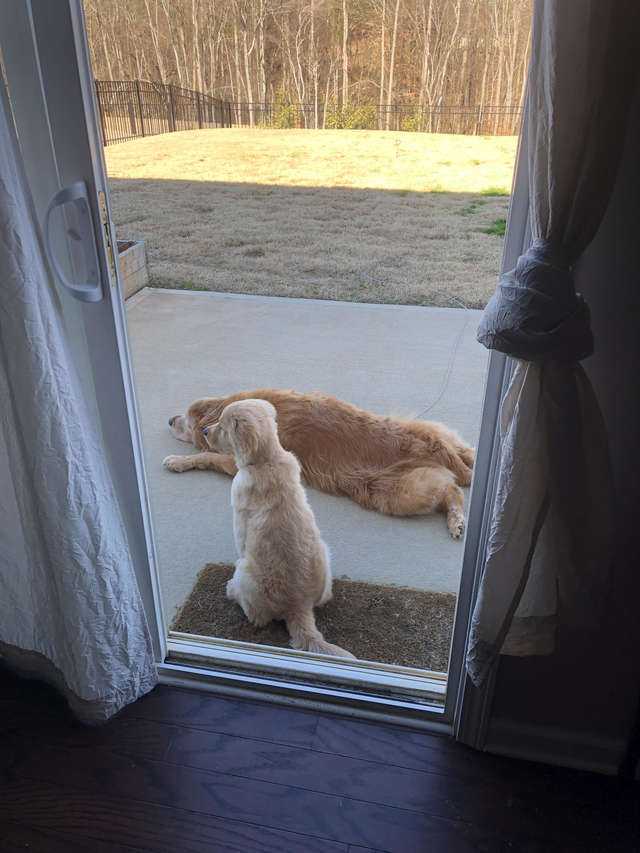 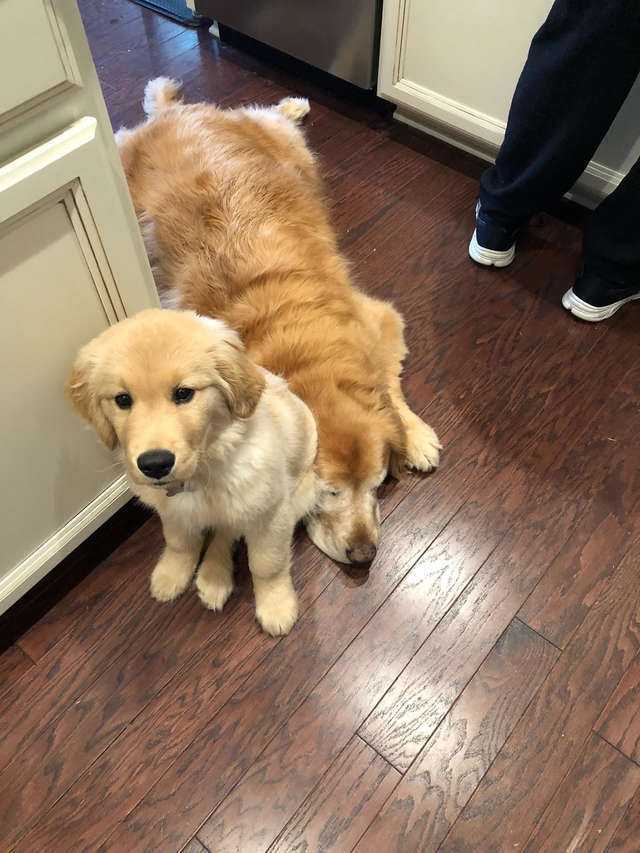 “But now, with Maverick, it’s like he got this jolt in him, this zest for life again. If he had eyes, I know there’d be a twinkle in them.” 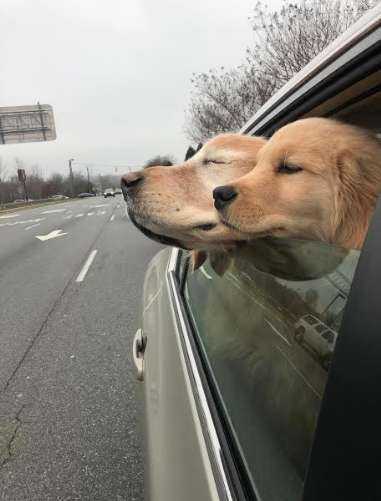