The sweet and adorable cat Barney was a kitty of extraordinary empathetic ability. God has given him the soothing power to heal the hearts of sad and heart broken people around. His residence was St. Sampson’s Parish Church cemetery, located on the island of Guernsey off the coast of England. When his owners moved, Barney just kept coming back to the cemetery. He loved it so much, that they built a little home for him there. Barney the ginger tabby spent his days walking the grounds of a church burial site, consoling those visiting their loved one’s graves. But on Friday, the 20-year-old moggy died of old age.  It was a big shock for his loved ones.

Barney was known for being very sensitive to people’s needs. 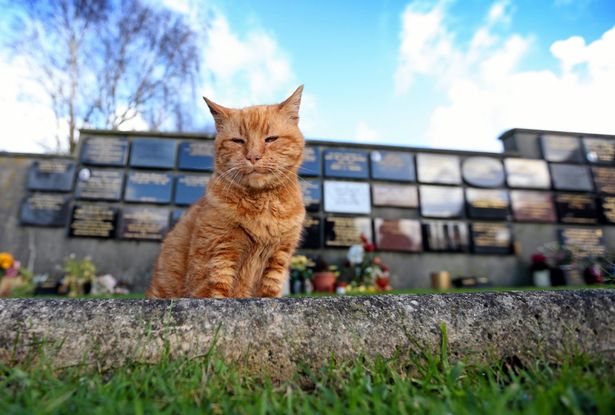 His death has brought grief and sadness in the local community as people paid tribute to this much-loved cat. Grounds keeper Alan Curzon said he has now been laid to rest at the place where he spent his entire life lighting the hearts of many people who are going through the extreme loss.

He loved to help people feel better in their darker moments. 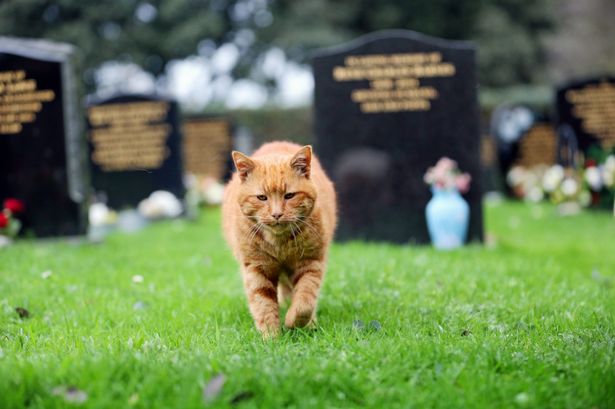 Alan,  the cemetery sexton who has taken the responsibility to look after Barney since 1996, said everyone was devastated to hear the bad news of his death. He said: “When relatives and friends have suffered the awful loss of someone close to them and go to visit a cemetery they are not in best frame of mind but Barney was always there to cheer them up. For those who entered the cemetery with a heavy heart, he lightened up the experience for them. When people walked through the gates, he often came up to them and brushed against them.”

He owns a simple home at the cemetery and was contented with his life. 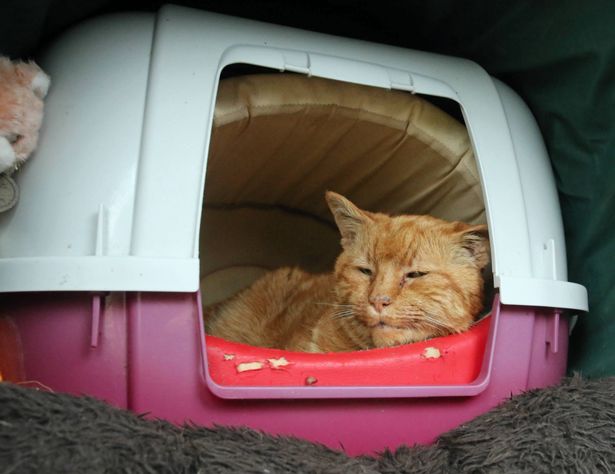 “There was not a bad bone in his body. We are putting a plaque on the wall and a bench and have found a little space for him in the cemetery where he is buried as well.”

Look Barney is all ready for Christmas! 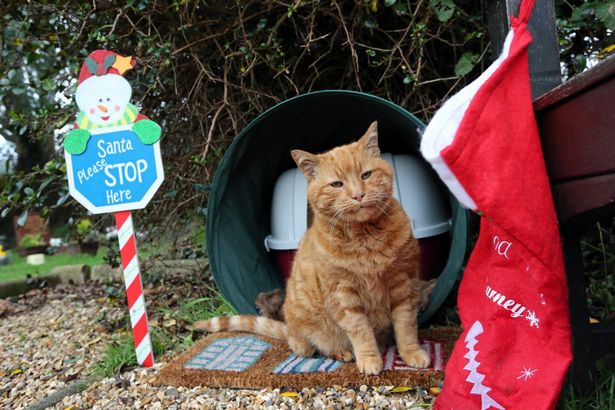 Barney received loads of love and attention by the people who knew  him and people showed their affection by presenting gifts to Barney during Christmas time. His support to all those that visited the cemetery is enough to bring tears your eyes. He proved to be a true friend to all, he had ability to sooth the hearts of dejected people. He was a true angel. Our sympathies are with this sweet soul who is no more in our lives. Rest in peace!

When he died, the whole town mourned his loss. 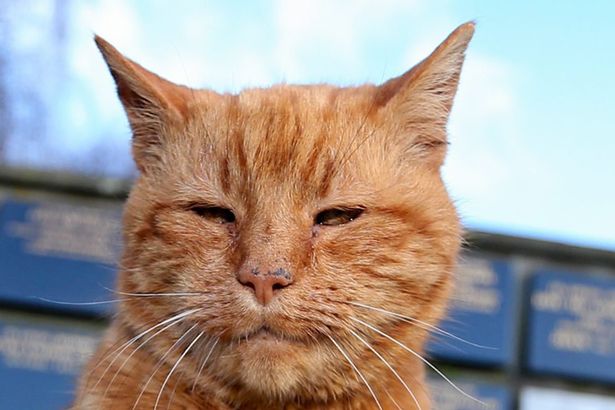