When you see a wild animal pouncing at the human, it alarms danger and risk of his life. But here is to surprise you and change your thought. In the footage, the animal expert is spotted standing in water as an enormous lioness leaps from the bushes in South Africa.. It highlights high risk. But instead of attacking him, the lioness comes into Richardson’s arms and starts to cuddle him.

The reason the big animal didn’t attack him is because Kevin, has built a lifelong relationship of respect and trust with Meg and her sister Amy seven years before.. He rescued them and took to his sanctuary. He founded the sanctuary with the goal of reducing the number of large carnivores held in captivity and ultimately, banning the practice of  hunting industry. The video below was created in memory of Cecil, a famous and much-beloved lion who lived on a reserve in Zimbabwe, sadly killed by a hunter.

Meet the huge predator Meg, who is going to pounce that man. 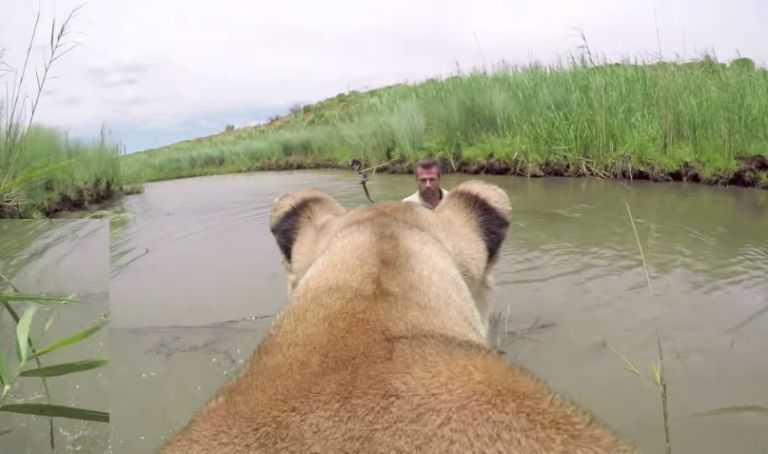 At first we thought Kevin Richardson would lose his life in the hands of this predator. 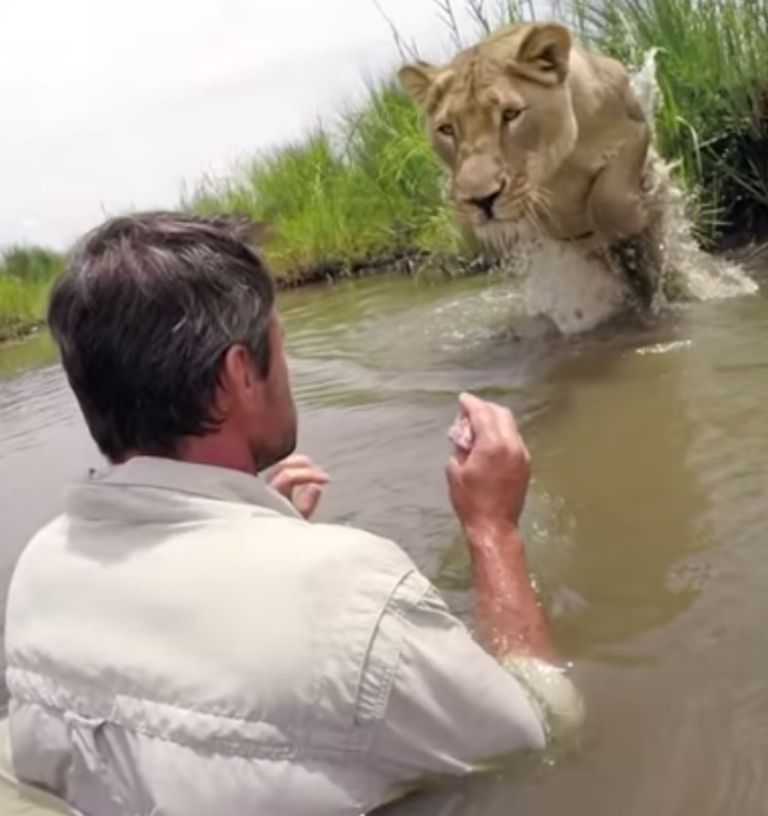 But instead of killing him, the lioness, Meg, takes a few steps into the river, then leaps into his arms. 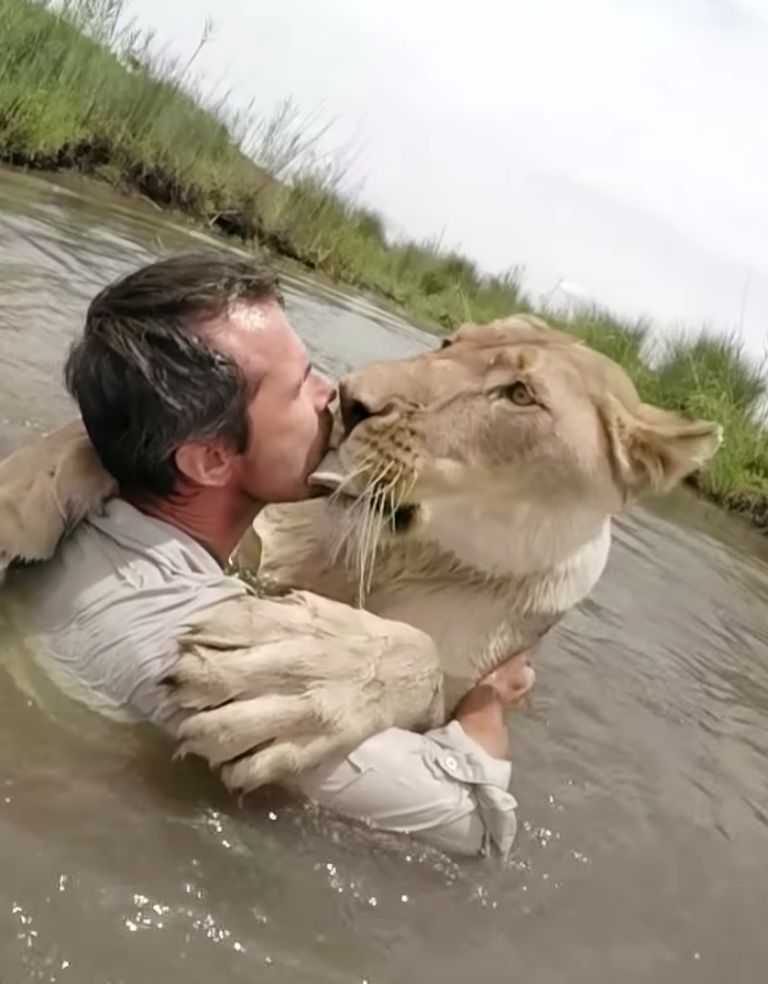 Meg and sister Amy were abandoned as cubs by their mother, to fend for themselves. Kevin took them into his sanctuary. 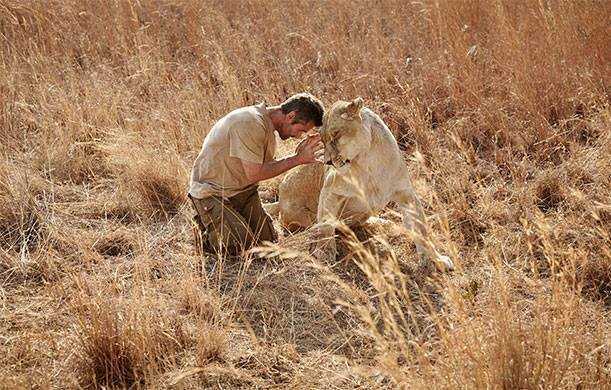 “I firmly believe that if I never had got Meg and Amy back, that they would have ended up in some shape or form in the canned lion-hunting market,” says Kevin. 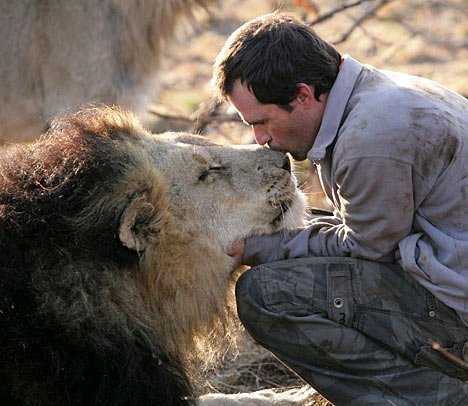 The video below was created in memory of Cecil, a famous and much-beloved lion who lived on a reserve in Zimbabwe, later killed by an American big-game hunter. 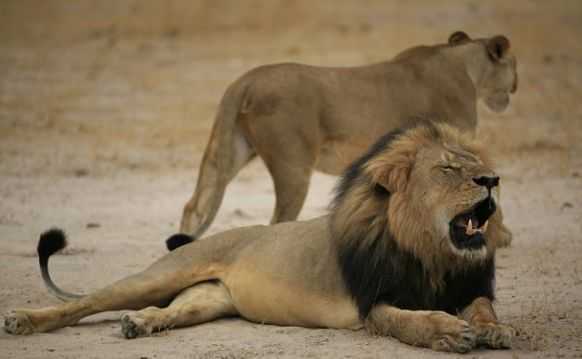 Watch the video below to see Meg and Amy roaming around their preserve!