Once you welcome a cat into your life, you’ll never get over how much joy these cuddly creatures bring to your home. You’ll be endlessly entertained by the funny things they do, but keep in mind they are very intelligent—they know exactly what they want and how to get it. This is especially true when it comes to cats waking up their pet parents.  Among other things, she’ll stop at nothing to get you out of bed. Whether it be late at night or early in the morning, she might use one or more of these ten funny ways to disturb your slumber.

The cat is famous for his early morning wake-up tactics that includes alternately meowing at her owner, flipping laundry baskets, breathing loudly in their ear, sitting on their head. Cat’s meowing is cute when you’re awake, but this is a battle you can’t win if you’re trying to sleep. Cats typically use gentle but persistent pats, and one little paw can rouse even the deepest sleeper simply because they’re willing to keep at it until you open your eyes. It’s not so charming but funny when you open your eyes to find your kitty sitting mere inches away from your face with a sharp focus. Cats are cooperative and nice about how often they try to complement our schedules. Take a  look at the photos and be sure to pass them along to the cat owners in your life. These are amazing! 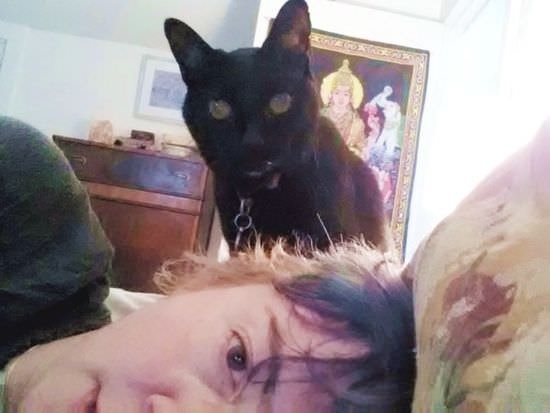 Sometimes it feels like somebody’s watching me! Sorry, but we had to. 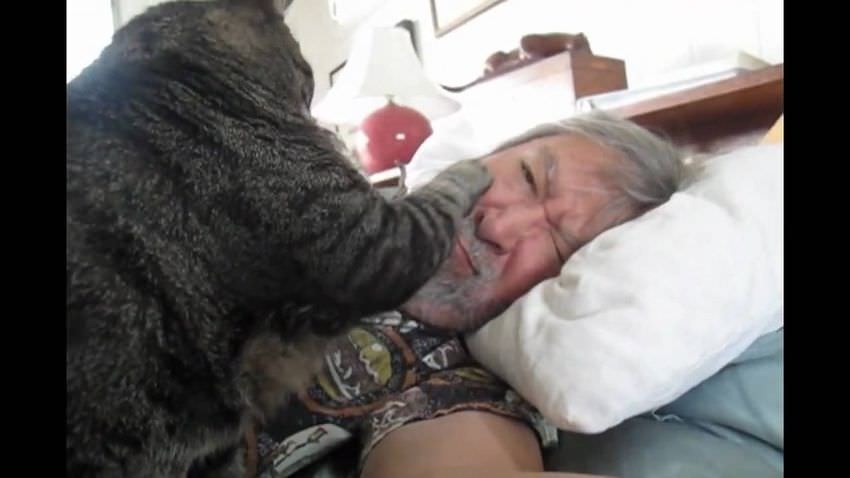 These are the sorts of love taps that cat owners should be getting themselves used to. 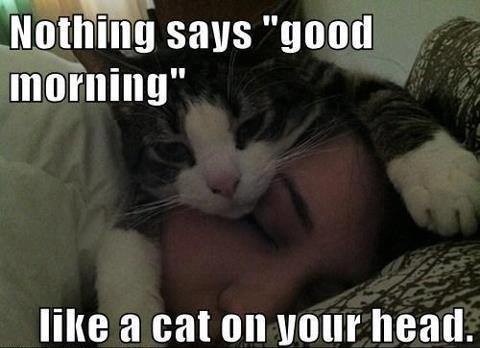 The most gutsy cats out there will simply plop their entire bodies down and look at you like you are the crazy one. 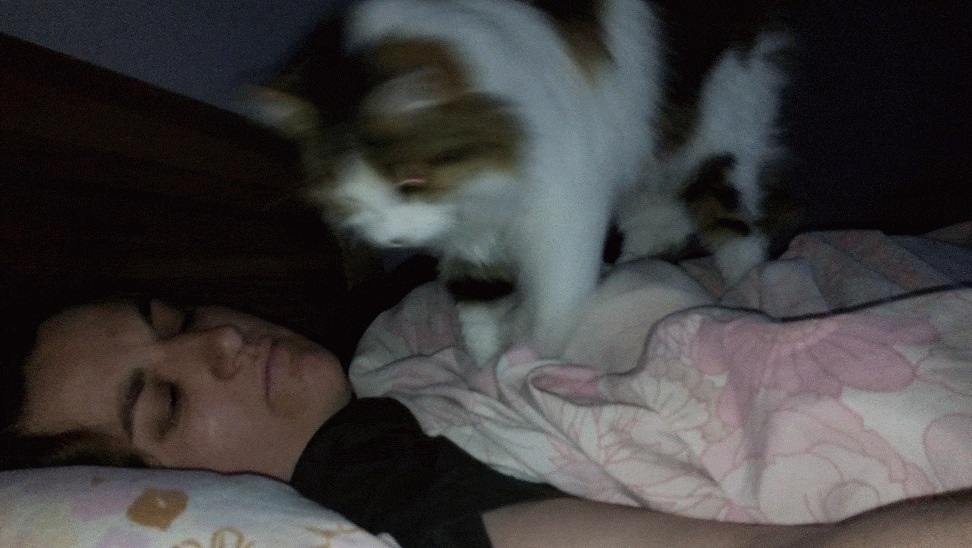 There are even cats who feel it necessary to create their very own human nests. 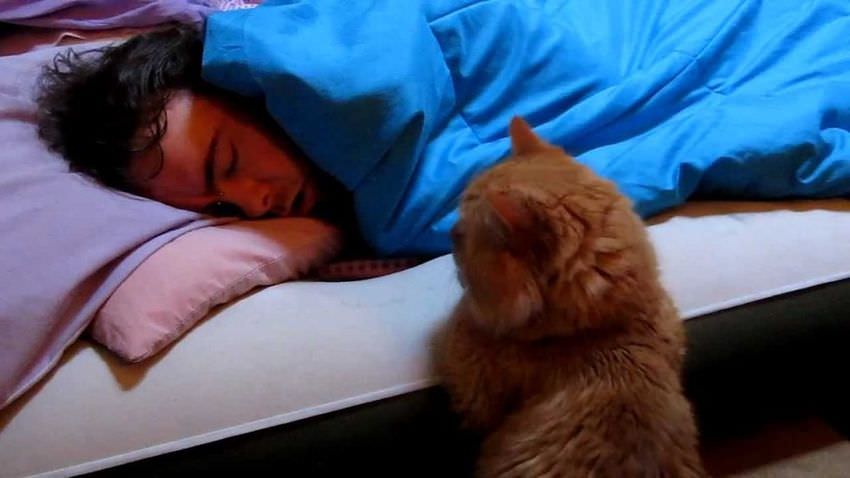 Some cats will watch us in a way that seems almost creepy…but we know that they mean well. 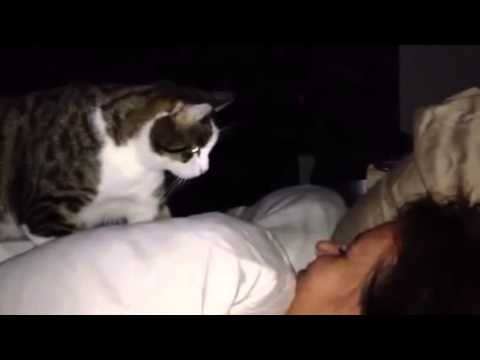 If you or a loved one has ever had a cat loom over you like this, it is a difficult feeling to put into words. Thanks, old friend? 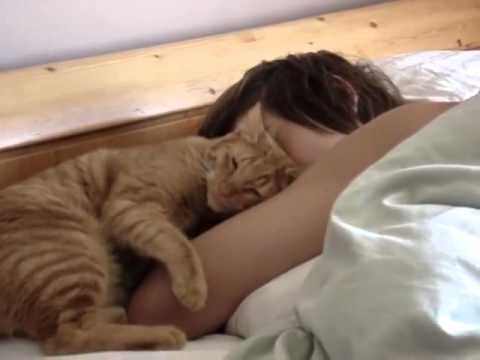 Even when cats are behaving in a creepy or weird manner, it is important to remember that they are only trying to show you how much they care. 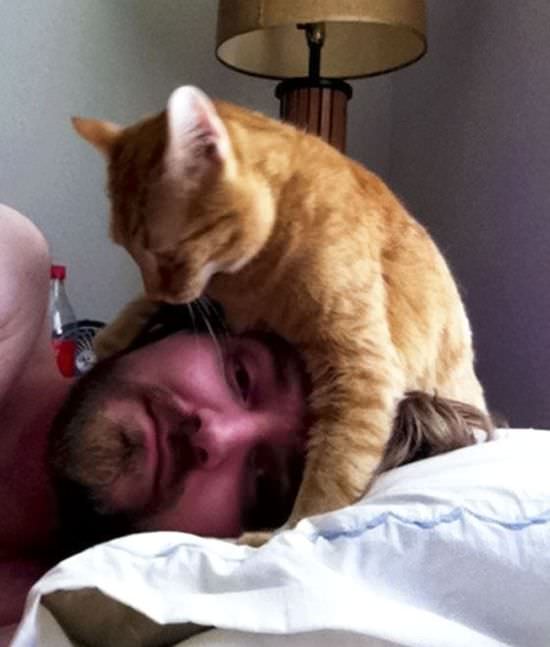 This cat probably views this as a sign of affection but we are willing to bet that the human in this photo probably feels a bit differently. 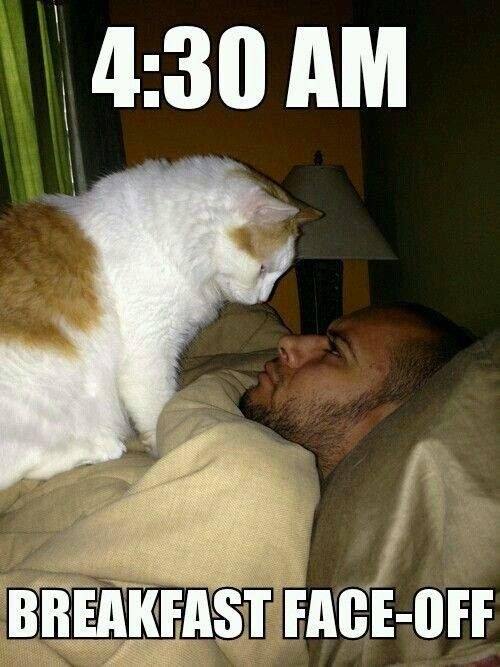 When cats decide that it is breakfast time, there is no two ways about it. You had better get your lazy buns up. 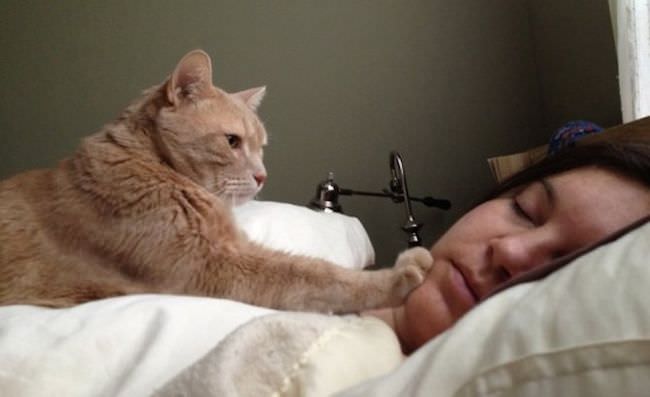 Just think about it this way. If you were the one that had to rely on humans in order to stay fed, you would probably react this way, too. 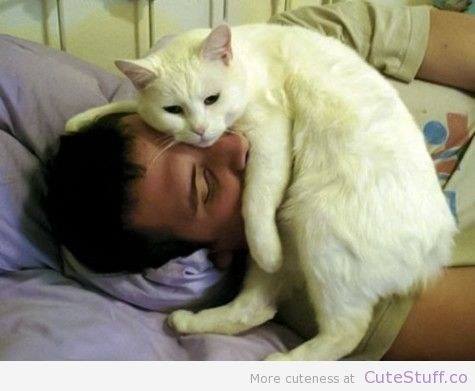 Thinking about sleeping through that cat attack first thing in the morning? This fellow is not about to allow that for a second. 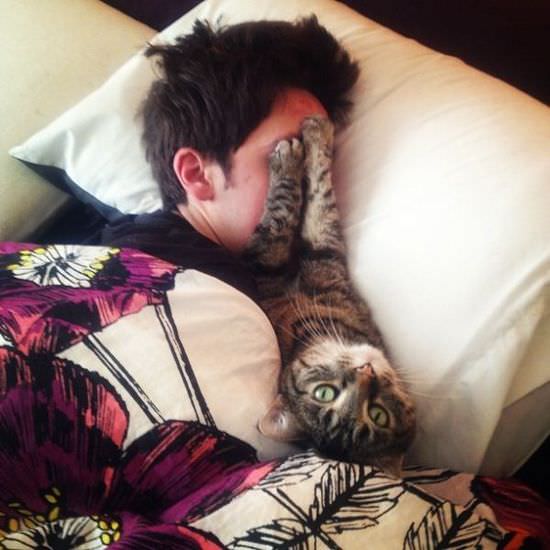 This poor man might not even get the chance to feed his cat, since the creature is attempting to pull his eyeballs out of the sockets. 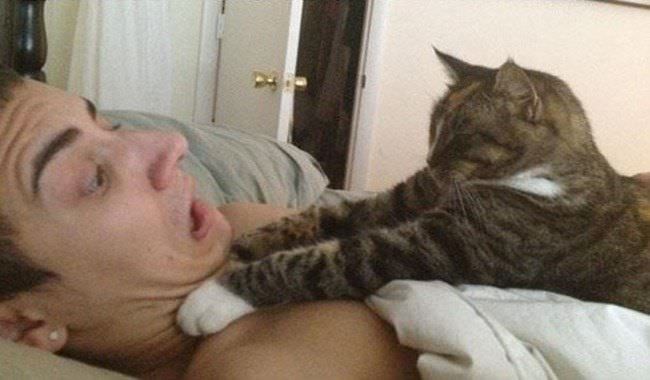 Getting choked out by a cat seems funny but we are sure that it is somewhat frightening in the moment.