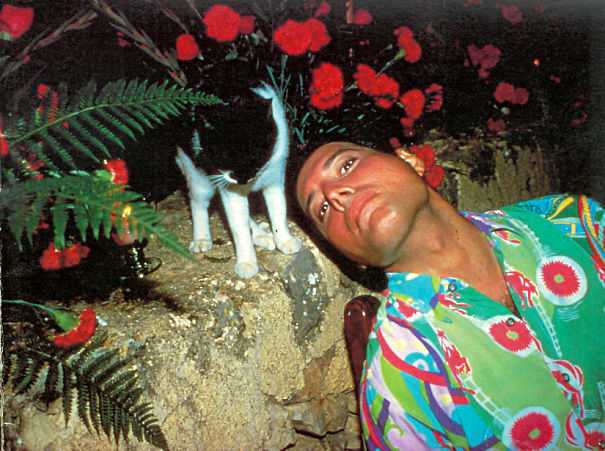 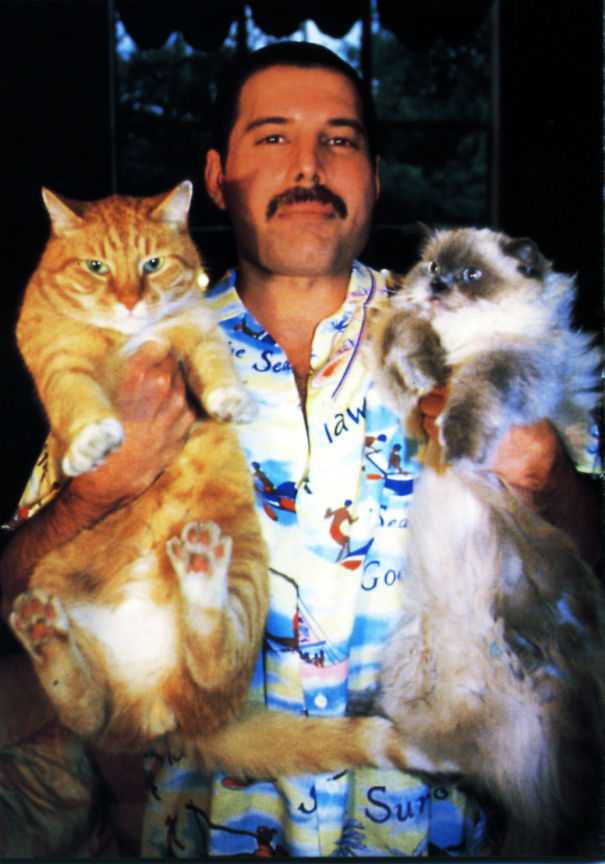 His love of felines is said to have begun in the 1970s when Mercury’s girlfriend Mary Austin bought them a pair of cats – Tom and Jerry. According to multiple biographers, including his personal assistant Peter Freestone, while Freddie toured with Queen, he would call Austin (who was caring for the animals when he was away) to check up on their little critters. 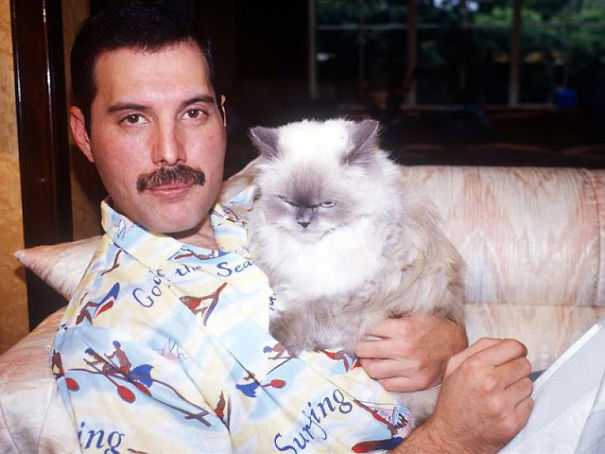 “He’d get to a hotel, we’d dial through, and he really would talk to his cats,” Freestone said. Writing in his memoir, Freddie Mercury, he added, “Mary would hold Tom and Jerry in turn up to the receiver to listen to Freddie talking. This continued throughout the years with succeeding feline occupants of his houses.” 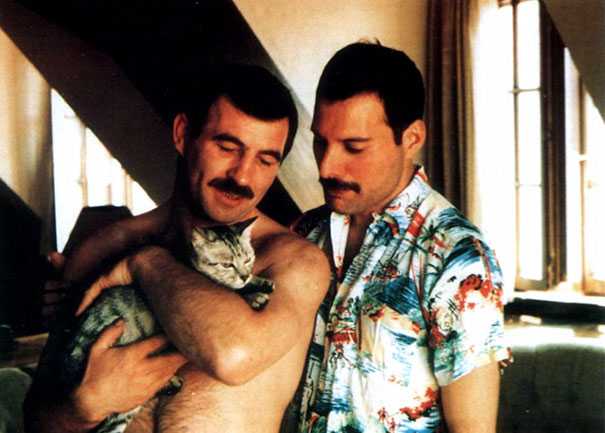 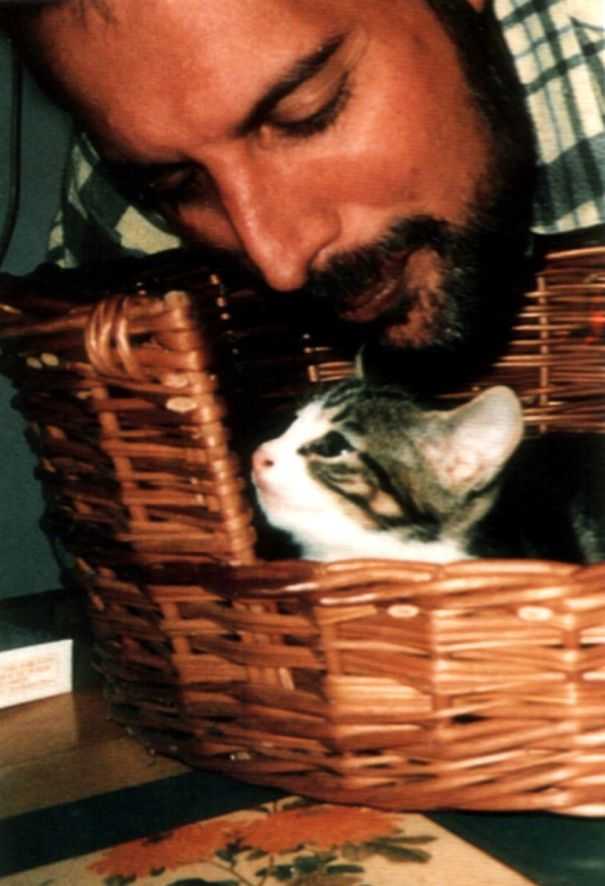 According to some reports, Mercury eventually hosted a total of 10 cats, Tiffany, Dorothy, Delilah, Goliath, Lily, Miko, Oscar, and Romeo. “His cats were his family,” wrote Freestone, saying that Mercury made sure each cat had his or her own Christmas stocking filled with treats and toys. 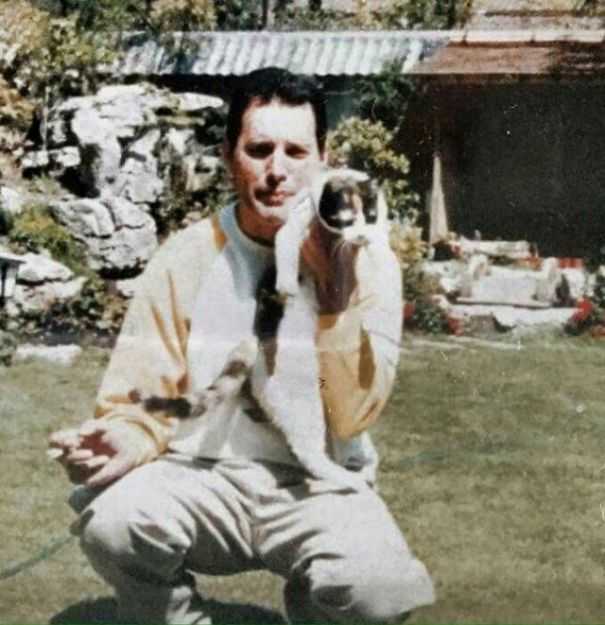 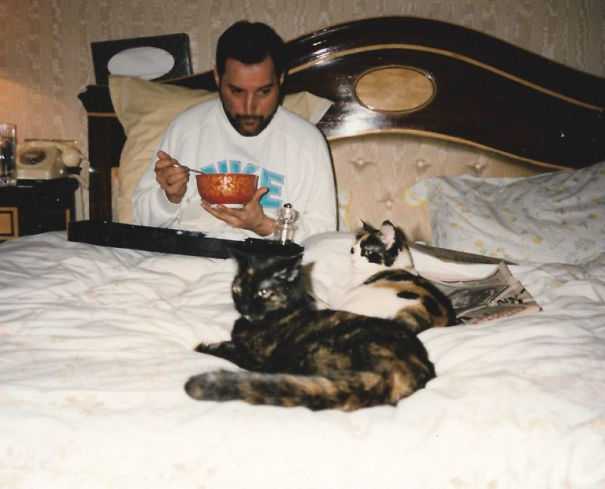 Jacky Smith, the Official Queen Fan Club leader of 21 years, said, “Most of them were from rescue centers. We have a charity [in the United Kingdom] called The Blue Cross, which takes care of sick animals. Freddie got at least two from them.” 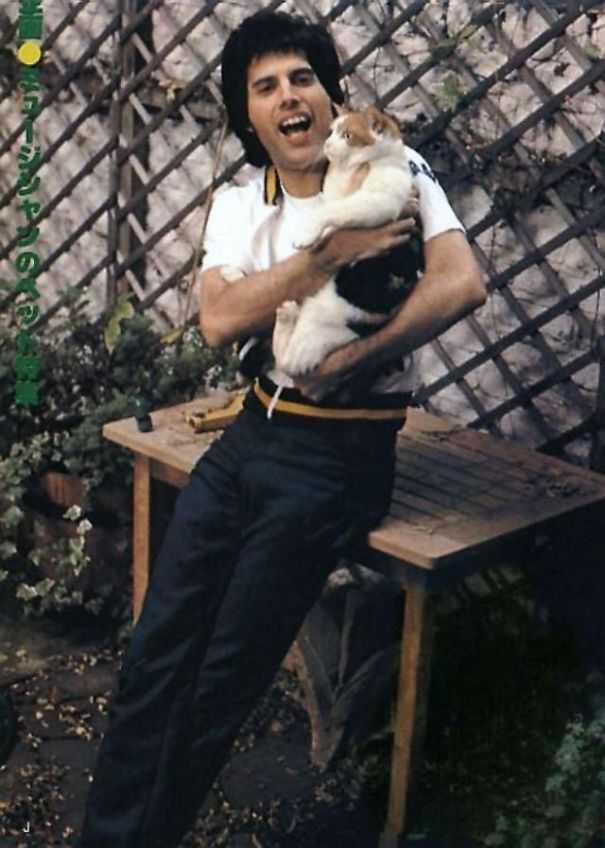 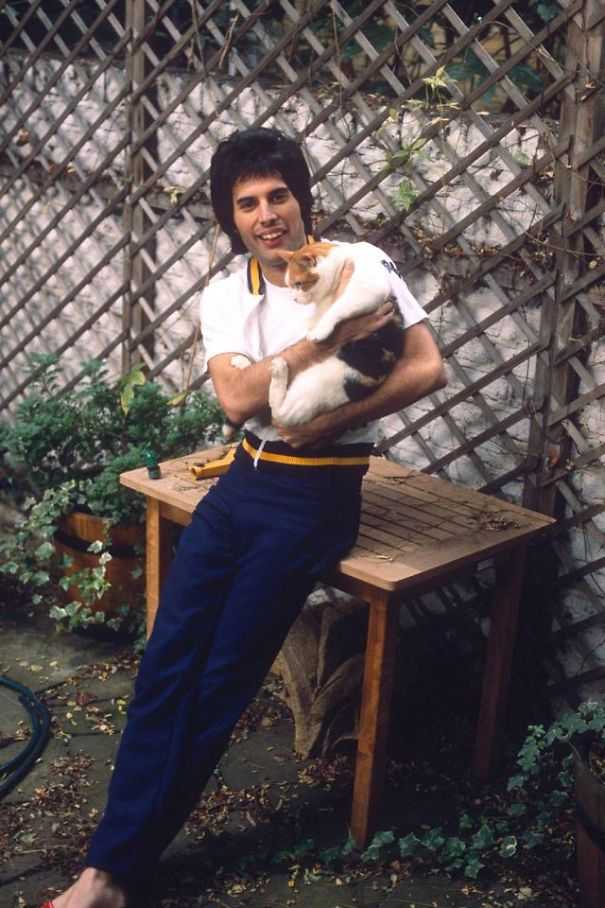 The Queen Archives state that Freddie even dedicated his solo album, Mr. Bad Guy, to his cat Jerry, as well as the rest of his brood at the time, and extended the note to ‘all the cat lovers across the universe.’ 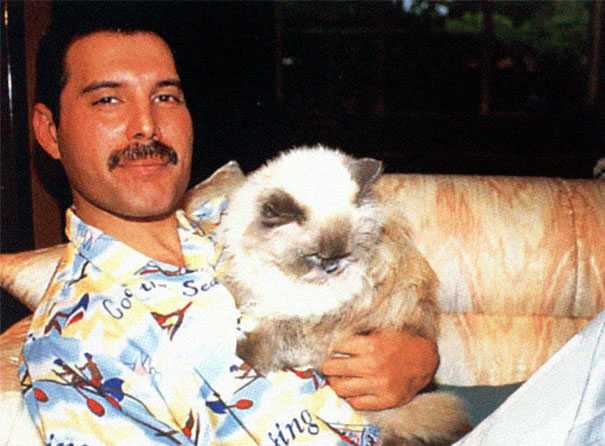 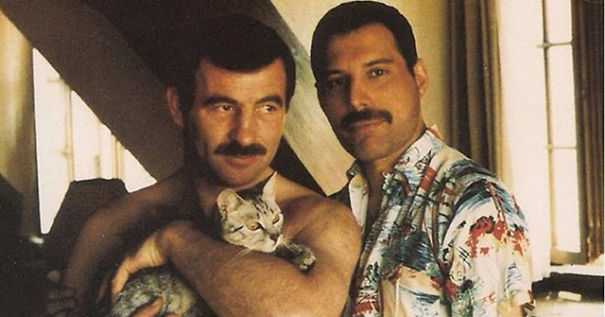 “Innuendo, the last album he recorded with the group, included artwork of Mercury dressed as a jester with cats on his shoulders. It also featured an upbeat song, titled Delilah. At first listen, you may believe it’s about a woman – at least until the line about her ‘peeing all over [his] Chippendale Suite.’ The song also features a guitar solo from Brian May with harmonies that sound like meows. May has also had a few cats over the years. Presently, his travel commitments restrict him from having one, but according to Smith, ‘He still is a cat person as opposed to a dog person.’” 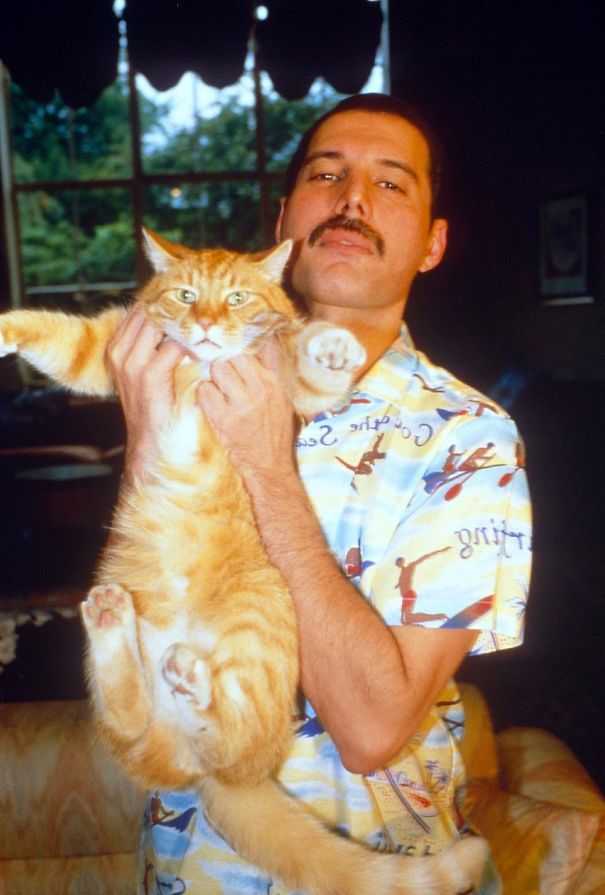 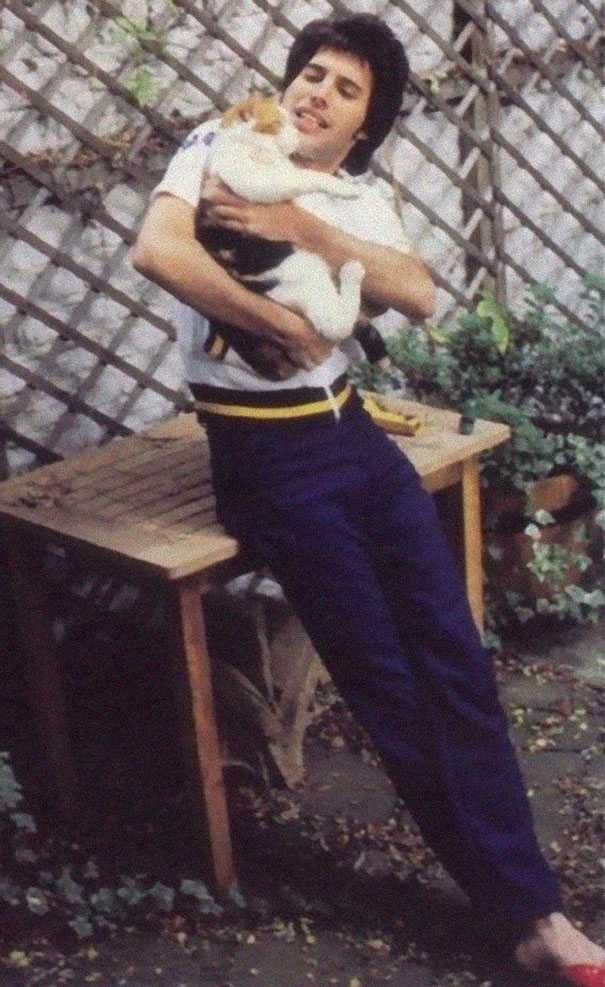 Fans have found another clue of the singer’s love for cats on the inside of the Classic QueenCD insert. For what would be his last portrait, Mercury wore a striking vest with cats on it, but closer inspection reveals that the handpainted cats featured are his own. He also wore it for his last video, These Are The Days Of Our Lives. 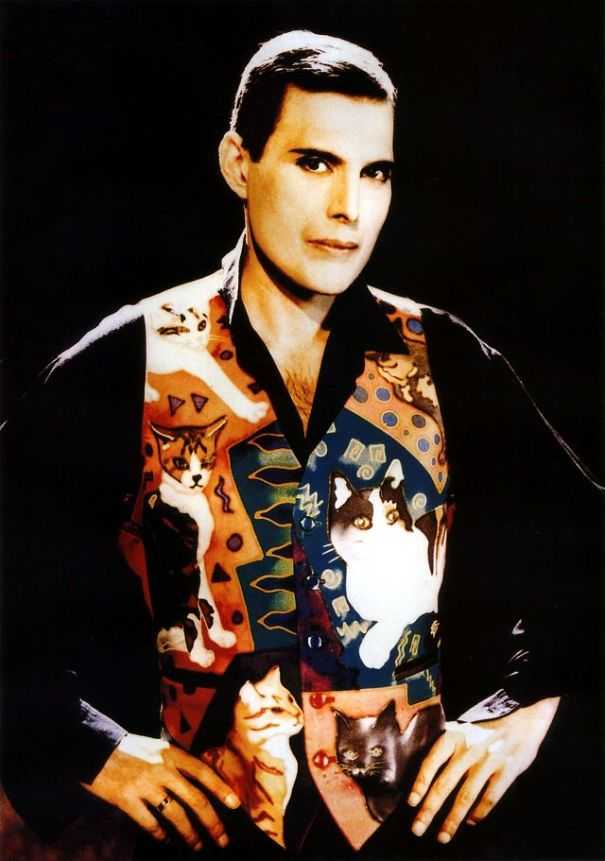 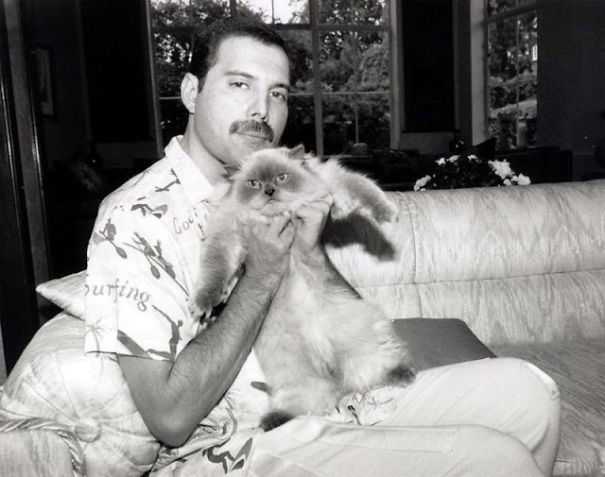 Probably the most famous feline of the Mercury cat family was Delilah, a big, tri-colored tabby, adopted in late 1987. As the lyrics to her song state (and Freestone’s book confirms), she completely took over the house and pretty much did whatever she pleased. “She was a real character, that lady!” agreed Smith. “Delilah was just kind of funny. She was a bit of a bully to the others, but was always first on his lap, first for food.” Jim Hutton, the singer’s boyfriend of seven years, recognized their special bond as well. He described Delilah as “the little princess” of their home, “the one he’d pick up and stroke the most often.” And if that wasn’t enough, “she’d sleep at the foot of the bed, before slipping out for a nighttime prowl.” 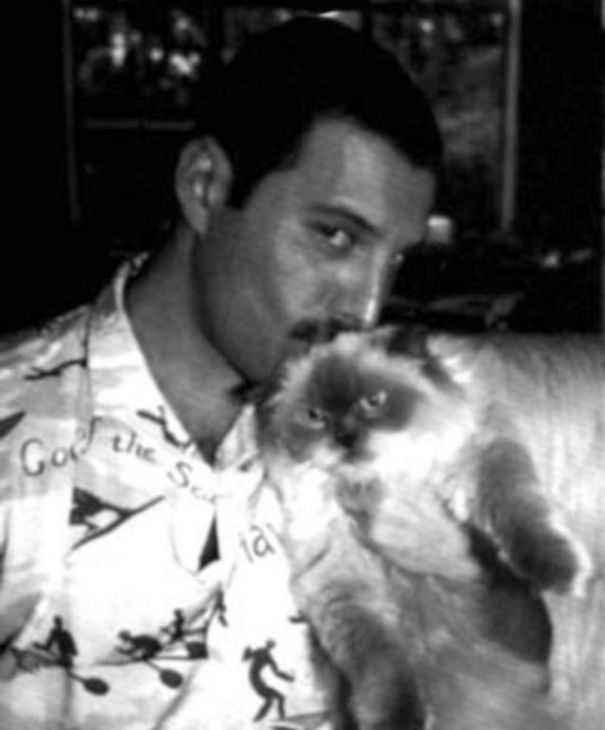 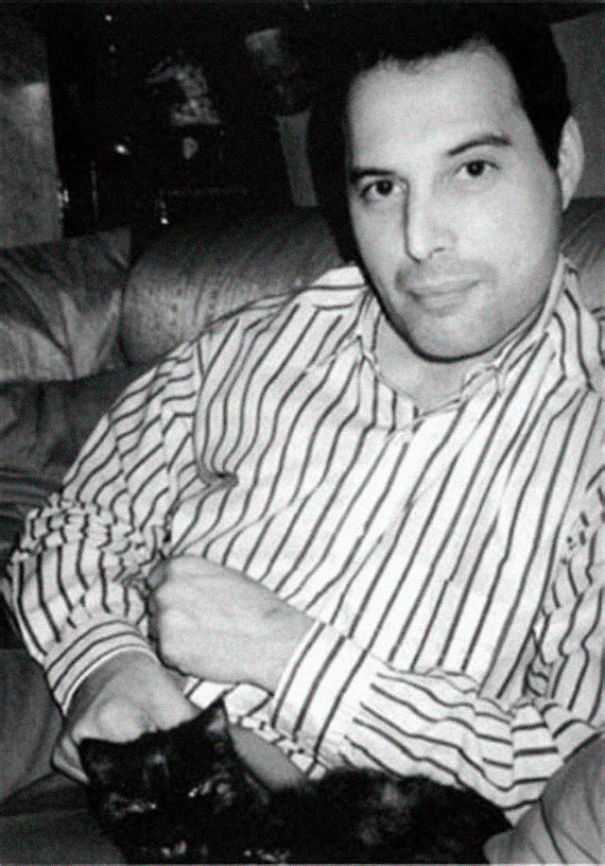 “Freddie treated the cats like his own children,” he explained in his memoir Mercury and Me. “He would constantly fuss over them, and if any of them came to any harm when Freddie was away, heaven help us. During the day the cats had the run of the house and grounds, and at night one of us would round them up and bring them inside.” 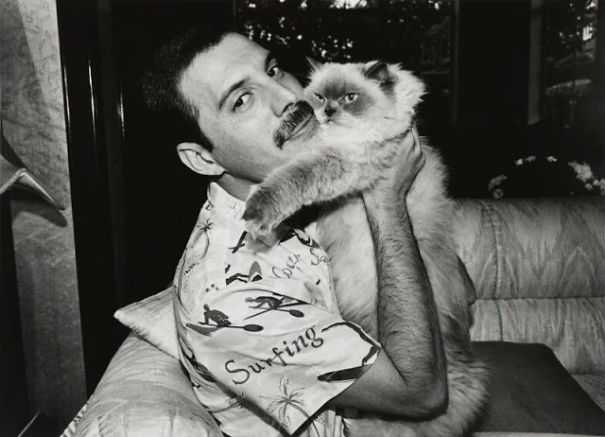 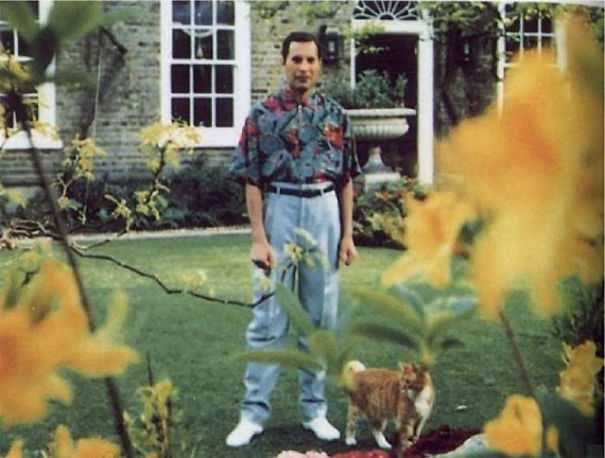